We discovered Intensive Interaction when Rhys was about 12. He isn’t able to speak and has a limited understanding of language, and those barriers to communication were exaggerating his challenging behaviour. After hearing Dave Hewitt speak, we began trying the method of communication out on Rhys, and found that he responded well.

I would describe it as going back to a mother-and-baby stage, where, instead of trying to teach a baby, the mother responds in a way that’s more natural. By mirroring his movements we found that he was engaging more with us, whereas before he’d been isolated very much into his own little world. Now we incorporate it into everything we do with Rhys, and it is our main form of communication.

Intensive interaction is one of the only approaches that allow somebody to develop at their own speed, in their own way. It helps to engage them in an interest in part of the world, rather than just imposing it on them. One of its main advantages over PECS or MAKATON is that it builds the understanding that to have a conversation you need another person. I think individuals can get quite frustrated when they walk around with picture symbols without knowing that they have to actually exchange them with someone in order to communicate.

Of course it can be difficult, for example if you’re in Tesco shopping, because it looks a little bizarre. Some of Rhys’ support staff who adopt a more formal approach have struggled with it. But when you do intensive interaction with Rhys, your reward is a beautiful smile and a lovely interaction, and that is the incentive to keep going and overcomes any feelings of looking silly! 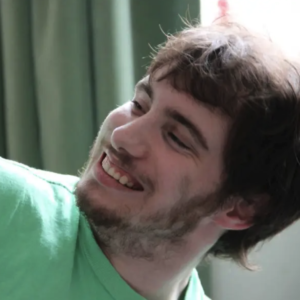 Intensive interaction has helped Rhys develop from somebody who is very insular and self-focused to somebody who is able to cope with a changing environment. It has reduced his need for challenging behaviour, as it gives him a voice and helps him to feel like he’s in control of his environment. We are now much closer to Rhys, and he is closer to us. It has enabled Rhys to have a voice and take more control over his life. Because he can communicate, he is now involved in every activity in his home and community, from washing his clothes to going out to do the shopping! 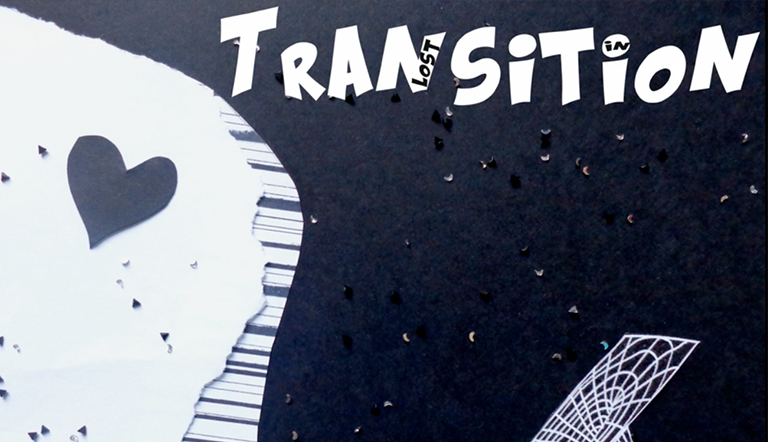 Our family’s experience inspired me to create Lost in Transition, a short film to make people think. 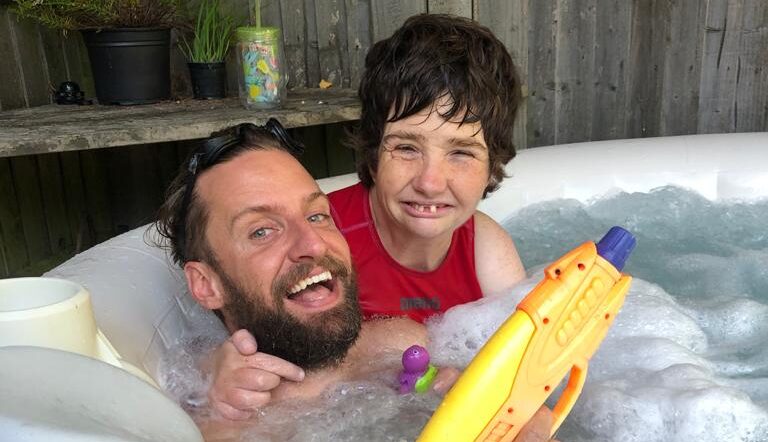 The family of Claire Steeples, 43, tell her story, where determination and the use of a personal budget to buy care, have transformed Claire's life.