My son Adam is 23. He has severe learning disabilities, epilepsy, autism and severe challenging behaviour. Adam often becomes constipated and when he lived at home we were told to give him laxatives as required. Adam would sometimes go 2 weeks without passing solids even with the laxatives and would then get bad diarrhoea to clear his system. He even developed stretch marks on each side of his stomach.

Adam’s GP would not examine him because he had previously been slapped by Adam in his surgery and would come no closer than six feet or so to him even with home visits. He saw a consultant once as a teenager but he said he couldn’t do much. He was opposed to putting Adam through the alarm and pain of intrusive tests as the outcome would probably not lead to any significant findings or treatment.

You may be surprised to hear that Adam’s mother has Crohne’s disease and I have an underactive thyroid, which can also cause stomach problems. I would have thought that the family history would have been enough for them to agree to testing and examination. I think they are maybe more worried about getting sued for infringing his rights than providing proper care.

Adam has now moved into residential care (because there were no local day services that could take him). Since moving into his NHS funded residential placement the wonderful staff have tried to get him diagnosed and treated without much success either. His doctor does visit the home and offers guidance and assistance but seems to have the view that she cannot do much because Adam won’t let her examine him.

Given the frustration of his staff and myself I decided to apply for legal assistance at the Court of Protection, I was successful in being granted Adam’s Deputy for a period of six months, so I can provide consent to treatment as necessary and within strict guidelines written in the Court Order.

Due to the legal papers served on them, an Associate Director – (Adult Care) from the local NHS attended the Court (thank goodness) and was gob smacked that the local NHS team had not stepped in to help.

Thanks to the intervention of NHS Hampshire senior management as a result of the Court Order, and practical help from the Head of Learning Disabilities & Physical Disabilities for NHS Hampshire, who I had met at another disability forum that I attend regularly, we set-up a multi-disciplinary team (which has now met six times) to take things forward.

Adam finally had a much–needed blood test, CT scan and gastroscopy. The scan revealed a faecal compaction in his bowel over 12 centimetres in diameter!!

Following the scan, the consultant then put Adam on a course of two strong laxatives so we had to wait for this to be completed. Adam spent over 2 months on these uncomfortable drugs after which we took him for an abdominal x-ray (well done Adam), which showed the blockage was still there and even worse than before. As a result, the consultant agreed to arrange a manual evacuation under GA as a matter of urgency. Before the due date, however, Adam’s condition deteriorated worryingly and he was then taken into hospital as an emergency admission.

He had the procedure carried out and afterwards the surgeon confirmed that his bowel was clear. She didn’t actually have to remove the blockage; we deduced that the laxatives finally did their job just before his admission. The good thing was that Adam had a full bowel check with a camera, biopsies taken and all results were clear.

At the moment Adam is still displaying pain and discomfort symptoms, bending at the waist, pressing his groin and groaning occasionally. We are watching this, it could be the short-term effect of the treatment he has had, or the (reduced) laxatives he is still taking, it could be habitual or he could have something else wrong such as Irritable Bowel Syndrome (IBS) or Inflammatory Bowel Disease (IBD). As diagnosis of IBS and IBD is based upon observation we are now keeping a food diary alongside a pain diary in the hope that we can reveal any sensitivity and adjust diet accordingly. Interestingly, all changes of diet are also subject to the best interest methodology therefore keeping me as his Deputy is very sensible in the circumstances. Our community LD nurse suggested we use this standard assessment tool as well to aid pain management (DISDAT).

It has been a worrying few months trying to get things done.  My overwhelming main observation has been that everything takes far too long and even though Adam was in pain and discomfort it didn’t really make a lot of difference.  I am furious at the length of time Adam had to suffer because no one would do anything and feel that the NHS has been responsible for sustained and substantial abuse as a result of their neglect. Also, the majority of hospital staff didn’t seem to understand our needs or make reasonable adjustments, although a few wonderful staff, when faced with the situation, did their best to help.

My temporary Deputyship of six months expired on the 8th July 2012 but I have just heard that my further application to continue as Welfare Deputy has just been approved by the Court.

I continue to fight for Adam and am delighted that the Court has renewed my Deputyship. I think my involvement will be essential for the long term. Getting help takes far too long and is extremely complicated. I have had the benefit of Adam’s Care Company health specialist to help me as well which many people would not have access to.

Read our information sheet on ‘Deputyship’

Debby reflects on how she does her best with her son Simon who has a severe learning disability. 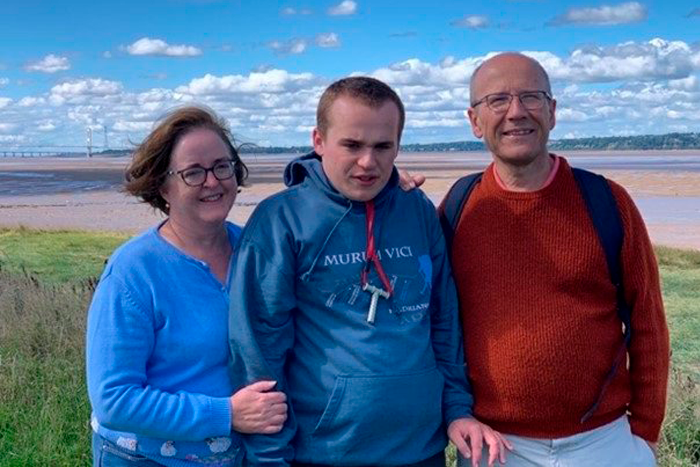 Mary's top tips for creating positive experiences for the whole family on days out.